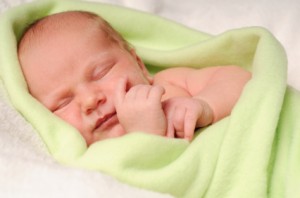 Bed Sharing or Co-sleeping with your Baby?

Many experts and parenting authorities have come out against parents sharing their beds with their infants, citing safety concerns. On the other side, organisations that promote attachment parenting or breastfeeding believe the benefits outweigh the risks.

Here, we will mostly address bed-sharing with your newborn or infant. Let’s look at both sides of the debate in detail.

The Risks of Bed-Sharing

Experts cite studies showing an increase in Sudden Infant Death Syndrome (SIDS) and suffocation among newborns and infants who engage in bed-sharing. The increased risk comes from soft mattresses, loose sheets and blankets, pillows, and other impediments to infant breathing. There is also an increased risk of a parent rolling over onto the child, crushing or suffocating it. Opponents also point to the risk of death and injury from falling off the bed or becoming wedged between the wall and the mattress.

Beyond the physical risk, opponents claim that bed-sharing or co-sleeping creates stress for a child once they are expected to sleep alone. Another claim is an unhealthy dependence of the child upon the mother or father. Finally, co-sleep may interfere with a healthy relationship between the mother and father, as it reduces sexual intimacy and communication at bedtime.

The Advantages of Bed-sharing

One of the most cited arguments for bed-sharing is that sleeping outside the parental bed is a relatively recent phenomenon – it had its onset in Europe and America in the 19th century. Bed-sharing then had another peak in the 1990s. Beginning in 1992, a global SIDS awareness campaign effectively cut the rate of SIDS deaths by over 50%. Whilst there are studies showing a decrease in bed-sharing, many researchers believe bed-sharing is underreported due to social stigmas involved. The current reported rates in various studies range from 12-45% of parents engaging in the practice of bed-sharing with infants and young children, from routine to occasional. Yet despite this rate, the incidence of SIDS has continued to decrease.

Proponents of attachment parenting cite scientific studies showing reduced levels of stress hormones (especially cortisol) in both mothers and babies who co-sleep, and others that show more stable physiology in co-sleeping babies, including more stable temperatures, fewer long pauses in breathing, and more regular heart rhythms. Additionally, psychological and emotional health has been shown by numerous studies to be higher in co-sleeping children. This includes increased happiness and self-esteem, less anxiety and fear about sleep, fewer behavioural problems, and more independence as adults.

Finally, co-sleeping and bed-sharing help mothers get more sleep, especially when breastfeeding. Older infants and toddlers are able to breastfeed without waking the mother.

Much of the risk specifically applies to bed-sharing. Co-sleeping using specialty products can help reduce the risk of proximity between parent and child while promoting the benefits. Parents can purchase bedside bassinets that attach to the bed and are open on the parent’s side, bed-top sharing surfaces that keep baby from rolling off the bed and are raised enough that the risk of parents rolling over is reduced, and infant enclosures that are placed on the bed and prevent rollover, suffocation and wedging.