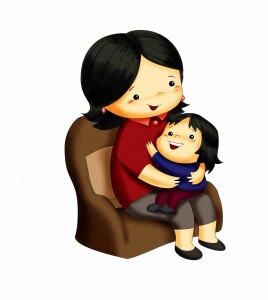 Hmmmm does this sound familiar…

It’s the middle of the night. You’re in a dark living room and singing “Rock a bye baby…” while you’re rocking your baby in your arms. You’re exhausted, but you’re also terrified to put him down for fear that the second his sweet little head touches the pillow, his eyes will fly open and you’ll have to start all over again.

Or maybe you’re taking your toddler for a long walk in her pushchair at naptime, telling yourself you need the exercise as you make four trips around the park?

And then are those of you who drive to the nearest Tesco’s “to buy milk” when your screaming child won’t settle down in her cots?

I’ve been there too, but it’s nothing to feel bad about.

Tired parents will do anything it takes to get that baby to sleep. But as you’ve probably learned for yourself, the payoff is short-lived — because as soon as you stop moving, your little angel wakes up and needs to be rocked back to sleep all over again.

Many sleep experts, including myself, think of motion sleep as “junk sleep.” Just like eating a bag of crisps for dinner, it might be better than nothing… but it’s definitely not good quality!

The problem is that when we’re moving while sleeping, part of our brain is still alert and unsure of what might happen, so it doesn’t allow us to fall into a deep, REM sleep (often called “stage three” sleep, which is really important for babies’ brains!).

Now, I’m not saying that you shouldn’t hold or cuddle your sleepy baby when she’s upset. Quite the contrary! Rocking a baby is a time-tested way to reassure and calm her down. But if you find that you’re having to rock your baby to sleep every night, then you’re going to want to make some changes.

The good news is that every child is capable of learning to sleep independently. What do I mean by that? Well, a baby who has learned independent sleep skills gets put down into her own cot wide awake. You then turn out the light, leave the room, and she falls asleep peacefully… and wakes up about 12 hours later!

Get Your Newborn to Sleep Longer…

When Should I Stop Swaddling My Baby?

5 Tips for Healthy Sleep Habits and a Happy Child

Clocks Going Back – How to Save Your Child’s Sleep Routine

To dummy or not to dummy – The Dummy Debate My baby won’t sleep. Why?
Scroll to top