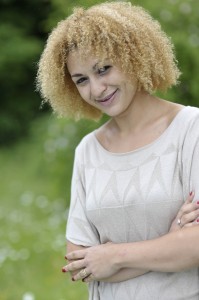 Today, I have a question from Nadia. She writes,

“I’ve been working on the Sleep Sense Program for about a week now, but I’m having a really hard time keeping my baby awake through her bottle at the bedtime routine. What can I do?”

Well, that’s a great question. Really, when you’re working on the Sleep Sense Program, the number one rule is to make sure that you keep your baby wide awake through any feeds. That’s the breast or the bottle.

Nine times out of 10, the problem is all around the sleep prop of getting to sleep on a bottle or a breast. You’re right, Nadia, in expressing some concern around that because if you don’t break the connection she has between the bottle and sleep, it’ll make the whole process harder.

It will cause night wake ups because when she wakes up in the night, she’ll still have this idea that she needs a bottle in order to get back to sleep at night.

A few things you can try.

Number one would be move the bottle up in the bedtime routine. Most people have the feed as the last step. That can be really tricky.

Especially, if she’s not napping great yet, then she could be really, really fatigued by bedtime. By the time, she’s had a bath, and you’ve got jammies on, and you’ve read some stories, and then you’re going into a feed, she might be way too fatigued to even attempt to stay awake at the bottle.

Then you’re really fighting an uphill battle where you’re tickling and talking to her and trying to keep her awake, and she’s so tired she really can’t even help you out any. I would suggest you can even move it up to before the bath.

Go to the feed, then the bath and the jammies and the stories, and then bed. That will really help break any connection that she has that the bottle has anything to do with sleep.

If that seems like a bit too far up in the routine, then move it to right after bath. That can really help, too, because children tend to be a little stimulated from the bath. Most children really like their bath, so she’ll be a little more awake when you get to the feed.

Then you can move into the next steps. The good news is the better naps start going, the less fatigued she’ll be by bedtime, so that’s something to look forward to.

The more the separation between the bottle and sleep develops, the less likely she will be to even try to fall asleep at the bottle. You’ll find in a month or so, even if she is really tired, she won’t use the bottle.

There won’t be a connection there anymore. She’ll happily have her feed, and then put herself to sleep just fine when she gets to the crib.

Is My Baby Sleeping too Much?
Question Time with Judy: Breaking the habit of a nightly bottle feed
How to Deal with Plagiocephaly
How to recognize “sleep signs” in your child
0 replies