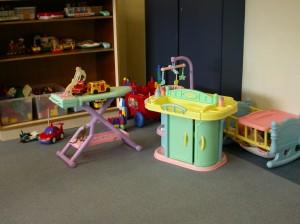 Now this is a difficult one.  It would be interesting to do a survey of children’s bedrooms up and down the country to see how many are stuffed from floor to ceiling with playthings, personal things and discarded clothing. I bet it is difficult to identify what furniture there is in some rooms because everything will be hidden under the detritus of day-to-day kids’ existence.  While it can be hard to prevent this kind of situation, unless a parent is in there tidying up on an hourly basis, it is not a good thing at all. Let’s look into Bedroom vs Playroom.

There is a fine balance to be achieved here because, on the one hand, you don’t want to stimulate a child’s mind too much when it is bedtime.  On the other hand you don’t want their room to be TOO bland and impersonal.  Often a child will get into bed and be told to go to sleep, and will actually pretend to do so.  But then the eyes flick open and settle on the nearest gadget, drawing book or plaything and the temptation is too great.  If they can get away with it, it’s playtime = Bedroom vs Playroom

So how do you prevent this from happening?  Ideally you should have a situation where the bedroom is purely for sleeping and all the toys and clutter are in a separate room – maybe an adjoining one, maybe somewhere else altogether.  But how practical is this for most people, particularly where there are several kids in the house?  The average household will have just enough rooms for everyone’s daily needs with no spare capacity – not even a large cupboard.

It would be perfect to have a room with fairly neutral decor and virtually no mind stimulation at all for your child to sleep in, but this is hard to achieve.  Let’s face it even the wallpaper found on many walls is a stimulus in itself, whether it is a boy’s or a girl’s bedroom.  I suppose the worst culprit for mind stimulation is the widespread use of electronic gadgetry for children.  There is nothing wrong with this, as such, but you don’t want them frantically trying to get to the next level of their strategy game at bedtime.  Equally watching television programs or their favourite DVD should be discouraged late at night.

What do you do?

Bedroom vs Playroom = Get the right balance. You can try covering things up but covers are easily removed.  You can strip the room of all sources of entertainment and remove every plaything but this would more than likely provoke a storm of protest from the affronted kid.  I suppose the answer lies in some kind of compromise.  Psychology comes into play in most situations with children and you have to find a way of letting the child think they have won, when really they haven’t.  Achieving some sort of order in the room will help but a lot of give and take on both sides, with the child doing more of the giving, is really the only way to encourage them to go to sleep at those times when they would rather play for a bit longer.

What does your children’s bedroom look like? Are you able to distinguish between Bedroom and Playroom. I love to hear from you, the information you share will benefit other parents. 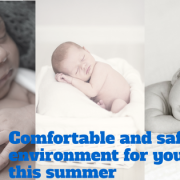 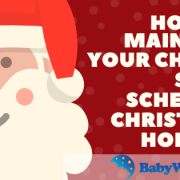 Maintaining Your Child’s Sleep Schedule Over the Christmas Holiday

Comfortable and safe sleep environment for your baby this summer

How to manage a toddler and a baby

Winter Illnesses in Babies and Toddlers Night light – Is it affecting my child’s sleep?
Scroll to top