Sleep is the natural state that supports the body and mind to work to its full potential. Helping share the magic of peaceful sleep opens the doors to much more than a rested body. As a Mum of 3 (including twins) I aim to help you reach your baby’s sleep potential.

Sleep is more than a recharging of the batteries. It’s a full body, mind and immune building party that helps your babies body rest and recover to its full potential.

Seb was a premature baby and long awaited after many years of IVF treatment. In the first few months I spent my time cuddling and obsessing over my beautiful little boy.

Well, weeks and months went by and day by day i was getting more and more tired. I spent my whole day trying to get him to sleep just so I could take a shower and eat. I exhausted every effort to get him to sleep. Rocking, singing, cuddling, driving in the car!!!

Just before Seb turned one year. I had reached the end of my tether, I was exhausted, unhappy, and my mood and personality was changing dramatically.

I reached out to a friend about how tired I was and she gave me Judy’s details.

Within a few days I had contacted Judy, a real life Mary Poppins!

I was given a sleep plan for Seb and by night 4 he was sleeping through the night on his own. Then by night 7 I would place him in his cot and say good night and ten mins later he would be fast asleep.

I was amazed and couldn’t believe the change in Seb.

The moment I found out about George and Harry. I knew that sleeping was definitely something that would be a priority.

Not only for them, but us as parents too. I wanted to manage my time so that I got quality time daily with Seb.

Again, I reached out to Judy and we started a plan for George and Harry at just 8 weeks old. We got them on the same feeding plan and then went straight  to work on there sleep.

A week into the plan and the boys were on the same feeding schedule, by week 11 they were both sleeping through the night.

No night time wake ups for us anymore!

George was born with cleft lip and Palate and has had two major surgeries. Through these surgeries he maintained his sleep routine and even continued to sleep through the night.

After my experience with teaching the boys healthy sleep habits, I desperately wanted to help other babies and parents. So I contacted Judy and asked if she would be taking on any more sleep consultants on. She said yes, and now I am helping families get the sleep they too deserve. 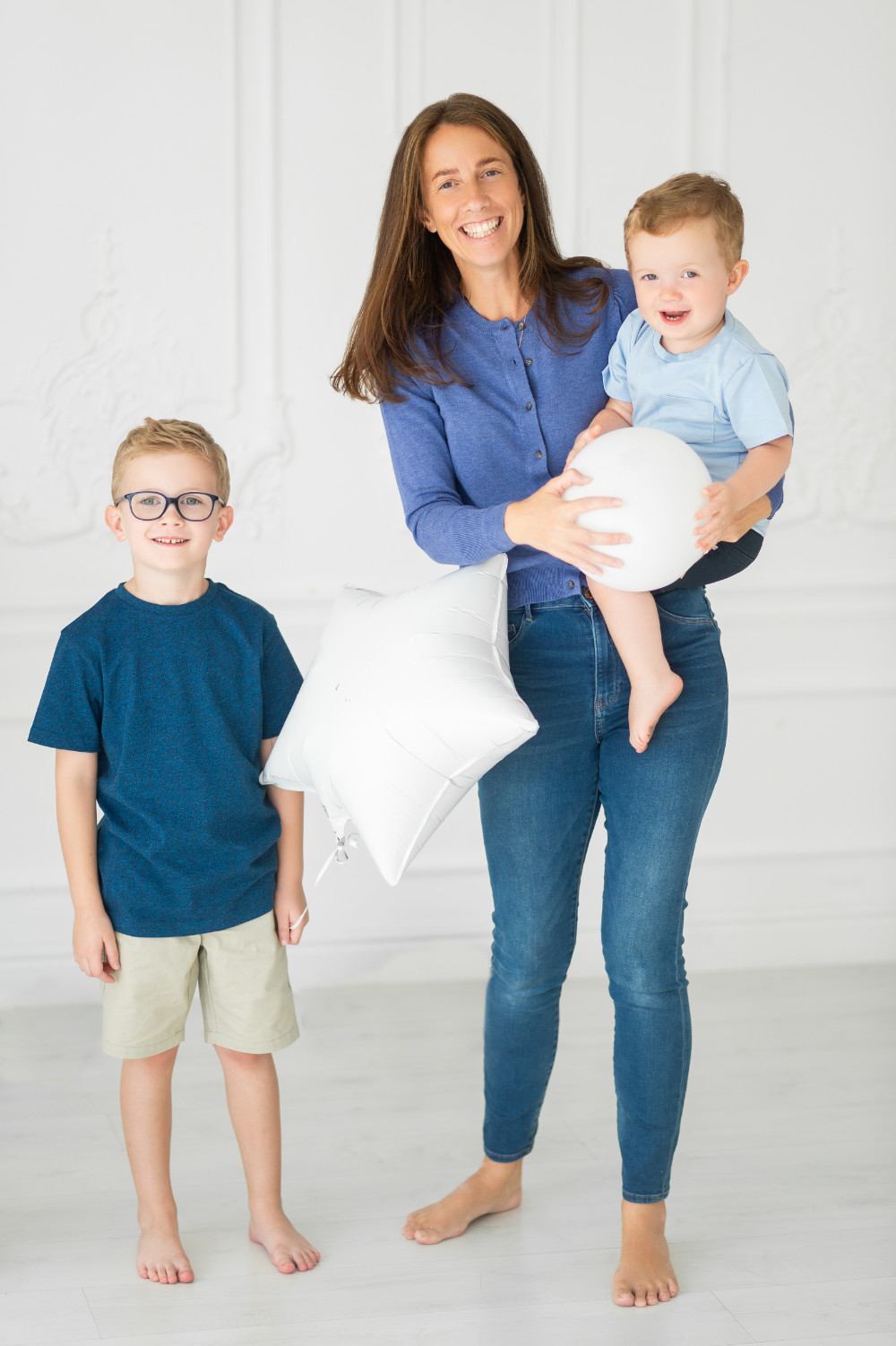 Sleep is so important to me I decided I want to help families!

I decided to become a professional child sleep therapist and consultant because I believed it would allow me to help more people in a more meaningful way.

With this in mind, I completed an in-depth training program with Dana Obleman to become the first leading certified Sleep Sense™ consultant in the UK. Over the years I have helped hundreds of families all over the world transform their lives.

I will work closely with you and show you how to lovingly teach your child how to sleep on his or her own, without the use of addictive sleep props such as a dummy or walks in a pram, so your whole family can get the sleep you need to live happier, healthier lives.

My two girls sleep 12-13 hours every night. I can help you teach your child to do the same thing.

Imagine how wonderful it will be to feel well-rested and enjoy more quality time with your baby!

I am a certified member of the British Sleep Society. This is a professional organisation for medical, scientific and healthcare workers dealing with sleeping disorders. They are a registered British charity, whose ultimate aim is to improve public health by promoting education and research into sleep and its disorders.

I am a member and receive regular training by The Lullaby Trust. It is a charity that raises awareness of sudden infant death syndrome (SIDS) and offers emotional support for bereaved families. They assist healthcare professionals who support new families, to make sure parents receive consistent advice and are equipped with the knowledge to sleep their baby more safely.

“Babies don’t come with a manual, they are here to learn AND are great learners!”

To learn more about how I can help your family get a good night’s sleep, please call me for a FREE 15-minute telephone consultation. This will give us a chance to discuss your child’s specific situation and come up with ideas for a solution.

or email judyclark@babywinkz.com and get your life back!

Calling Judy was the best thing I ever did, she is a fantastic sleep consultant who will guide you every step of the way.

A HUGE thank you to Judy for making our life so much easier and everyone including our baby so much happier.

I feel like i’ve got my life back again and have energy to enjoy the things I used to do! Thank you so much Judy!

Emily and MaheshLondon
All testimonials